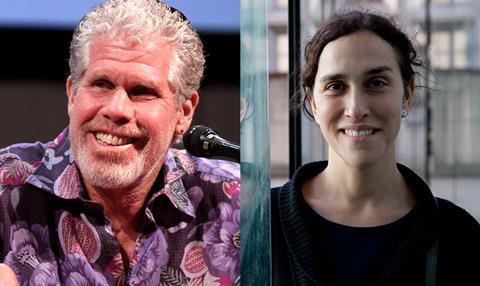 It marks a return to the East End for US star Perlman, who attended EEFF in 2014 when Dermaphoria - in which he starred - opened the festival.

Ivy director Tolga Karaçelik, who won best feature at last year’s festival, returns as the 2016 director in residence and jury chair alongside Perlman and Gavron.

This year’s country focus will be Turkey, with screenings including the UK premiere of Emin Alper’s Turkey-France-Qatar co-pro Frenzy.

The festival will open with the world premiere of Ian Bonhote’s Alleycats, with a cast that includes Screen Stars of Tomorrow Eleanor Tomlinson (Poldark) and Sam Keeley (What Richard Did) alongside John Hannah (The Mummy), John Lynch (The Fall) and Rizzle Kicks singer Jordan Stephens.

The film charts the journey of a young woman whose brother is killed on the streets of London in a hit-and-run and who then must push herself to her mental and physical limits to find justice.

The festival will close with a screening of feature documentary Gary Numan: Android In La La Land, which is to receive its European premiere at Edinburgh International Film Festival next month.

EEFF will host the world premieres of British films Love Is Thicker Than Water, from directors Emily Harris and Ate De Jong, and The Gates Of Vanity, by Suj Ahmend.

Other British film highlights include screenings of Rachel Tunnard’s Adult Life Skills, and Tom Kingsley and Will Sharpe’s The Darkest Universe.

On the international programme, Oliver Schmitz’s Andrea Riseborough and Steve Coogan-starring Shepherds And Butchers will screen, as will Thomas Vinterbeg’s The Commune and Robert Pattison-starring The Childhood Of A Leader from director Brady Corbet.