CineMart, the co-production market held during the International Film Festival Rotterdam (IFFR), has named the 16 feature projects to be showcased at next year’s edition. 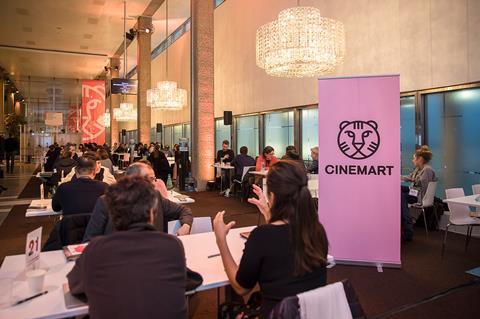 Held January 27-30 during the festival (which runs Jan 23 – Feb 3), the event invites filmmakers to pitch their projects to a host of attending film professionals in tailored one-to-one meetings, as well as presentations that are open to all CineMart guests.

This year’s selection features one returning filmmaker, Nathalie Teirlinck, who previously presented her project Past Imperfect at CineMart in 2015 – that film went on to play festivals in 2016.

Notable directors in the selection this year include Muayad Alayan, whose The Reports On Sarah And Saleem premiered at IFFR 2018 and received a special mention from the festival’s Tiger competition, and Yeo Siew Hua, whose A Land Imagined will screen at IFFR 2019 following its premiere at Locarno 2018. Both films were supported by Rotterdam’s Hubert Bals Fund.

Also presenting a project this year is the UK’s Jim Loach - son of Ken Loach - while there are further projects from Israeli outfit Plan B Productions (Tikkun), Belgium’s Savage Film (Racer And The Jailbird), and Revolver Amsterdam (Love & Friendship).

Last year, the format of CineMart was revamped in an effort to make the event more streamlined and convenient for attendees. Part of that endeavour was reducing the project selection to 16 projects, and for 2019 the team have stuck with that amount.

As in 2018, next year’s crop of selected project teams will be paired with a personal mentor, who will help them to prepare for the event one month in advance.