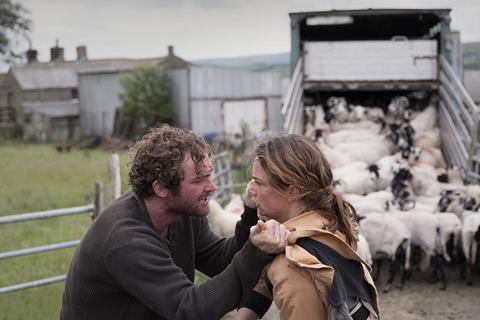 FilmRise will release the film theatrically in 2018 and it will also be available to stream on Amazon Prime Video late in 2018 as the New York-based distributor opted the drama in to Amazon Video Direct’s Film Festival Stars programme.

Written and directed by Barnard, The Affair actress Wilson stars as a woman who returns to her home village - following the death of her father - for the first time in 15 years to claim the tenancy to the family farm she believes is rightfully hers.

Amazon platform Amazon Video Direct offers a non-recoupable publishing bonus and an enhanced royalty rate to a number of festival movies. To qualify, filmmakers have previously handed over their rights to worldwide streaming VOD or US plus all other available territories.

The film is backed by the Film4, BFI (with National Lottery funding) and Screen Yorkshire in association with the Wellcome Trust. Arrow will release in the UK.

Protagonist managing director of sales and distribution Vanessa Saal stated: “Dark River is an emotional powerhouse and the perfect showcase for Clio’s fierce talents as a filmmaker. We are thrilled to have FilmRise as our transatlantic partner and cannot wait for American cinema audiences to see the film.”

“We are thrilled to release the film across North America next year and feel strongly that Clio’s voice will resonate with audiences.”