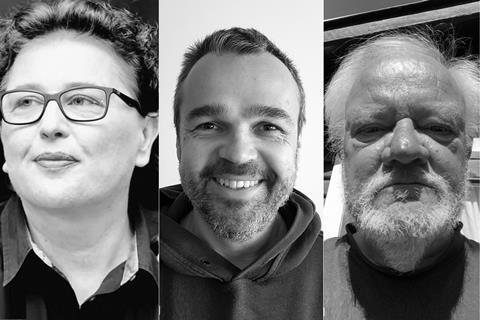 The Sarajevo Film Festival has announced the jury for its documentary competition who are all set to the attend the physical event, which plans to run from August 14 to 21 with Covid-19 safeguards in place.

Dević is the Croatian filmmaker behind crime drama The Blacks, which was Croatia’s submission for the foreign-language Oscar in 2010. But Dević has spent the past decade focused on making documentaries such as Na Vodi and Steel Mill Cafe.

Producer Dedić was born in Bosnia and Herzegovina but studied and worked in London for 20 years, before joining Al Jazeera Balkans in 2011, where she has acquired more than 300 films and dozens of series for the broadcaster.

Denmark’s Müller worked with documentary films for more than 20 years at the Danish Film Board and was head of the European Documentary Network before moving into teaching, consultancy and criticism.

Sarajevo is pressing ahead as a physical event this year and organisers have said they are working with Bosnia and Herzegovina healthcare institutions to define safety protocols for all festival locations and guests, while anticipating smaller groups and fewer attendees.

The 26th edition of the Sarajevo Film Festival will announce its full line-up in the coming weeks.