EXCLUSIVE: UK seller signs US comedy-horror ahead of Cannes. 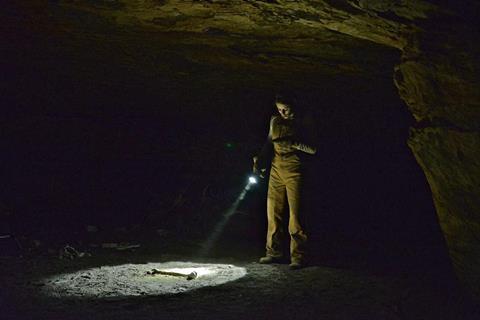 Demon Hole charts the fallout after a fracking crew drills a hole on sacred Native American land unleashing an ancient demon, which then terrorizes six teens serving community service in a remote forest.

Writer-director is Josh Crook, producer is Lori Crook and exec producer is Allen Bain, producer of Rachid Bouchareb’s Just Like a Woman and 2014 US action feature Revenge of the Green Dragons.

Crook said: “The current crop of horror movies has gotten too severe and grim. While scary, they’re also depressing. Taking influence from John Hughes as much as it does John Carpenter and Wes Craven, Demon Hole brings the vibe of the 1980s back and invites the audience to enjoy the ride.”

Road Games and Demon Hole will both screen at Cannes.