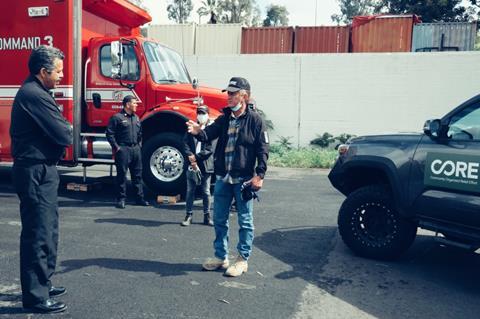 All proceeds will go towards funding CORE’s (Community Organized Relief Effort) free testing programme for vulnerable communities across the US, which to date the organisation says has administered more than 1.5m tests in parts of the US.

So far CORE says most of those tests have been funded privately due to a lack of government support for Covid-19 testing.

The private testing model will allow CORE to fund and expand its CORE 8 programme, which calls on the government and individuals to adopt safe, science-based practices that combine testing with wraparound services and contact tracing.

At time of writing CORE said it had been commissioned by AFI Film School to provide testing services for student film productions.

Discussions are ongoing with a number of Los Angeles-based film and TV productions and Penn and Lee plan to expand services to other production hubs in the US.

“We are eager to offer private testing to film and television productions to not only help fund CORE’s programmes that help vulnerable and underserved communities, but also to fortify California’s economy,” said Penn.

“Enabling production companies to safely resume projects with testing will bring back thousands of film and television jobs to Los Angeles, and that’s a critical next step for restoring life in our city.”

“We have expanded to private testing to help offset the amount of funding necessary to continue offering free testing and critical relief services for vulnerable communities who have been significantly – and disproportionately – impacted by the pandemic,” said Lee.

“We could no longer wait for government agencies to respond by providing additional funding and support. This is a small step towards securing funds to keep our nonprofit operations afloat.”