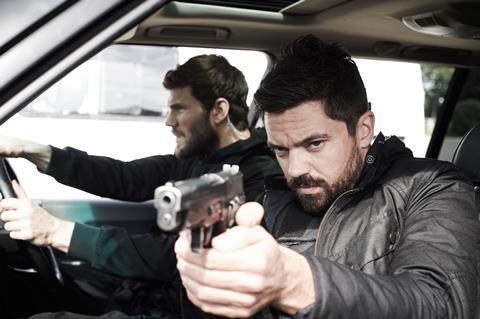 GFM Films has confirmed that shooting on action thriller Stratton, directed by Simon West (Con Air, The Expendables 2), has wrapped.

Filming commenced on July 15 in Brindisi, Italy before moving to Rome and onto various locations in and around London, UK.

Produced by Matthew Jenkins, Stratton is based on the series of books by ex-SBS (Special Boat Service) agent Duncan Falconer.

GFM and West said they plan to continue their contractual relationship with Falconer in “creating a new action hero franchise”, working with the key creative and producing team on Stratton.

Dominic Cooper (Need For Speed, Dracula Untold) plays the lead role of Stratton, a determined and dedicated SBS operative working alongside MI5 to prevent an international terrorist attack in London.

Dominic Cooper swooped in to replace Henry Cavill in the lead role, after the Man Of Steel star quit the production just days before shooting was set to begin in June.