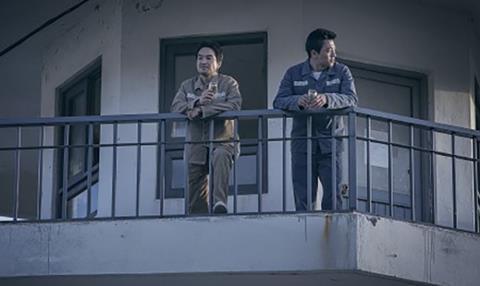 South Korea’s Showbox has done a raft of pre-sales on crime action film The Prison.

Directed by Na Hyun, The Prison stars veteran actor Han Seok-kyu from The Berlin File and The Royal Tailor alongside Kim Rae-won from Gangnam Blues and Sunflower.

Kim plays a troubled former police inspector, Yu-gon, who is sent to jail for a hit-and-run accident. While inside, he finds the whole prison – including the warden and guards - is controlled by an inmate called Ik-ho, played by Han, and soon Yu-gon becomes a major player in Ik-ho’s crime syndicate.

The Prison has a market screening at EFM on Saturday, and is set for a March release in Korea.