AFM: Showbox busy with sales on 'The Swindlers', 'RV' (exclusive) 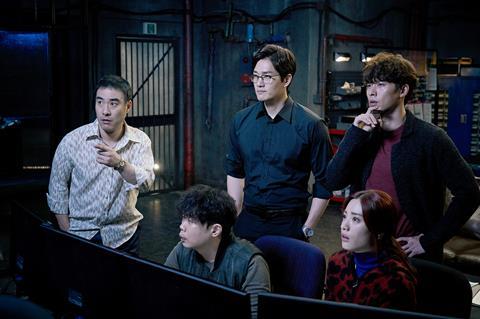 Korean sales company Showbox has sealed a raft of deals on crime drama The Swindlers and supernatural drama RV: Resurrected Victims, with both going to North America (Well Go USA) and the UK (JBG Pictures).

Starring Hyun Bin (Confidential Assignment) and Yoo Ji-tae (Old Boy), director Jang Chang-won’s feature debut The Swindlers is about a corrupt prosecutor and a man out for revenge, both chasing a con man who has pulled off swindle of historic proportions.

The Swindlers is set for local release later this month.

Directed by Kwak Kyung-taek (Friend), RV: Resurrected Victims stars Kim Rae-won (The Prison) as a prosecutor bent on catching his mother’s killer when suddenly she comes back to life to try to kill her son - seemingly part of a worldwide phenomenon where murder victims come back for vengeance. His mother is played by Kim Hae-sook (The Handmaiden).

Released Oct 12, the film took $2.25m at the local box office according to the Korean Film Council (KOFIC).