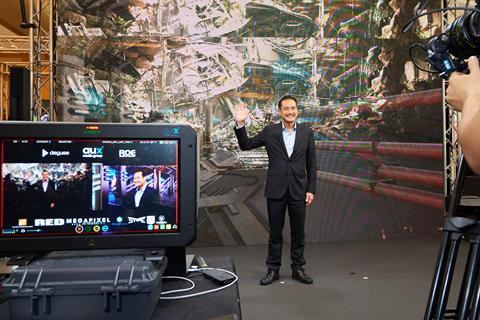 It was announced at the opening of the Asia TV Forum & Market (ATF) today (December 7) by senior minister of state for communications and information Tan Kiat How.

Singapore as a city state has limited sites for on-location filming and limited space to build extensive sets.

“The development of virtual production technology in recent years now allows us to create visual effects in real-time without physical set production and with that, overcome the limitations of space, scale and complexity,” said Justin Ang, IMDA assistant chief executive for media, innovation, communications and marketing.

To build capabilities of local media professionals, IMDA is partnering with the UK’s National Film and Television School (NFTS) for a certificate in virtual production course. A series of masterclasses and workshops will also be conducted in the next 12 months. It will start with hands-on demonstrations by representatives from virtual production front-runners XON Studios, ROE Creative Display and Disguise.

To encourage local companies to adopt the technology, IMDA will fund up to 50% of the cost of selected virtual production projects for short-form content of approximately three to 10 minutes such as music videos, short films and brand commercials.

IMDA is also collaborating with Epic Games to run an industry challenge from early 2023, aiming to train and support local companies to use Unreal Engine for virtual production. Shortlisted teams will receive direct mentorship from Epic Games and prize money from IMDA for the production of their projects.