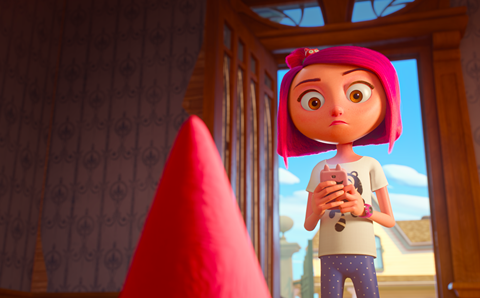 3QU Media financed and produced both films in association with SC Films International and Smith Global Media plans wide theatrical releases for both.

Ross Venokur wrote and directed the story of Prince Felipe Charming, who was cursed at birth to break hearts and sets out with a strong-willed thief to find the identity of his true love.

Gnome Alone (pictured) is set for wide theatrical release in the fourth quarter of 2017 and Peter Lepeniotis (The Nut Job) directs from a screenplay by Michael Schwartz and Zina Zaflow.

The story centres on a girl who discovers he new home’s garden contains gnomes and teams up with them to fight the menacing Troggs that threaten to overrun the  house.

Becky G, Josh Peck, Olivia Holt and George Lopez star, while Patrick Stump of the band Fall Out Boy performed multiple voice-over roles, composed the score and has written an original song to be performed by Becky G.

“It is a huge coup for Smith Global Media to acquire two highly commercial films of this calibre,” Smith said. “Charming features an all-star cast who will also lend their musical talent to this reimagined tale of three familiar fairy tale princesses.  Gnome Alone has an amazing mix of humour and excitement that will appeal to a wide family audience.”

He continued: “This dual acquisition enhances our company’s position in the marketplace and illustrates our desire to be the home for the most acclaimed independent films worldwide. Charming and Gnome Alone are both terrific family comedies that will appeal to the masses and be supported with a significant level of marketing and advertising. This acquisition further exemplifies our commitment to aggressively growing our theatrical release slate for 2017 and 2018.”