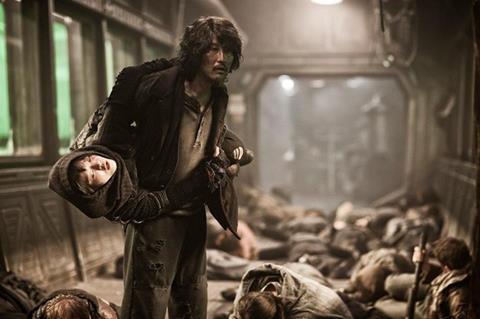 TNT has picked up a series version of Bong Joon Ho’s Snowpiercer, with Jennifer Connelly set to star.

The basic cable network has given a full series order to the TV version of the 2013 South Korean thriller (pictured).

Daveed Diggs, Mickey Sumner and Susan Park will star alongside Connelly. Co-producers are Tomorrow Studios (the US partnership between producer Marty Adelstein and ITV Studios) and Studio T, with CJ Entertainment.

Set in a world that has become a frozen wasteland, with the remnants of humanity inhabiting a gigantic train that circles the globe, the series will take on issues including race, class, gender and natural resources.

Snowpiercer will join a TNT schedule that includes a series version of 2010 Australian feature Animal Kingdom. Last year, TNT made a pilot based on 2008 Swedish horror feature Let The Right One In (and its 2010 US remake), but the project was not ordered to series.

Sarah Aubrey, executive vice-president of original programming at TNT, said: “I’m a personal fan of Bong Joon Ho’s epic film, and jumped at the chance to honour his original vision yet expand upon the world and characters with a diverse, award-winning cast. ”

Tomorrow CEO Adelstein added: “Given the exceptional global appeal of the original film, we have a tremendous obligation to ensure the TV adaptation is exceptional in scope and magnitude.”