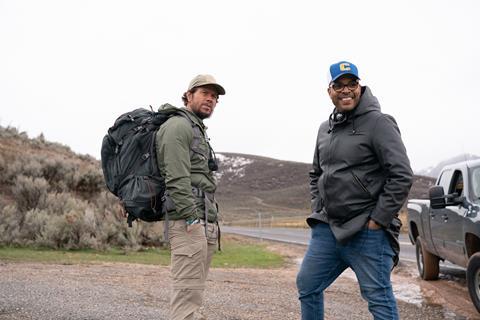 The drama will open on February 19, 2021, in time to qualify for awards consideration.

Wahlberg plays a Midwestern man who walks across the country talking about bullying after his gay son suffers at the hands of other students.

The company acquired the film at the Toronto International Film Festival in September.

“The version of the film that was screened at Toronto was very promising, and after working with the filmmakers and Mark Wahlberg on a revised cut, we feel it has now reached its full potential” said Mark Gill, president and CEO of Solstice Studios.

“Thanks to a lot of hard work as well as the addition of a new original end title song from legendary songwriter Diane Warren, we believe this film now has newfound power and emotional potency that substantially elevates its very important message. We are grateful to the filmmakers and cast for bringing us the opportunity to carry on the work Joe Bell started.”

Wahlberg added, “This is a story that is very important to me personally. Joe Bell is a man who didn’t understand certain things about the world until he was faced with them in his own life – as a father

“As a parent myself, I know how much fatherhood can change a man. This is a story told from a very personal point of view, from the heart of a man who walked from town to town to reach families just like his, delivering a message of tolerance to people who often didn’t want to hear it at first. It shows us how a series of small steps can add up and make a big difference for the people in this country who need to know they are loved and accepted.”