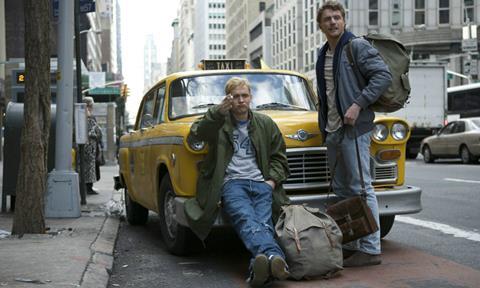 The project is the first to go into production for Goller and screenwriter Oliver Ziegenbalg’s recently formed production company Sunny Side Up, and is also in co-production with Deutsche Columbia, Pictures in a Frame, Mythos Film, Traumfabrik Babelsberg and the single-purpose company 26th Babelsberg Film.

25 KM/H is Goller and Ziegenbalg’s first collaboration since their 2010 film Friendship! which was the most successful German film of that year with more than 1.5 million admissions.

That film was produced by The Live Of Others’ Wiedemann & Berg Film Production and was distributed by Sony Pictures in Germany.

Traumfabrik Babelsberg’s managing director Tom Zickler also served as a producer on Friendship! - the film was based on his real-life adventures as a young East German travelling to San Francisco with friends after the fall of the Berlin Wall.

Traumfabrik Babelsberg was founded by Zickler and Studio Babelsberg at the beginning of 2016 to develop in-house German language projects and board third-party co-productions.

Meanwhile, Studio Babelsberg announced this week that the studio’s former spokesman Eike Wolf has been appointed a member of the management as the new director of stage rental and marketing with responsibility for studio operations and marketing.

Wolf had served as head of corporate communications and investor relations since 2006 and will be succeeded by Bianca Makarewicz.