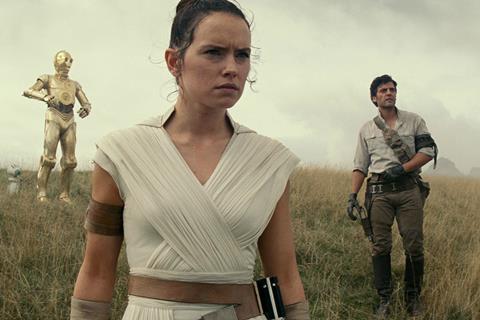 The World Soundtrack Awards has unveiled the nominations for its 20th edition, which is set is to go ahead as a physical event as well as being streamed live and online for the first time.

The contenders were all Oscar-nominated earlier this year, with the exception of Wallfisch who also composed the score for The Invisible Man. Iceland’s Guðnadóttir won the Academy Award for Joker.

The ceremony and concert, which will take place on October 24 as the closing event of 47th Film Fest Ghent in Belgium, will be broadcast online to give the festival’s international audience the opportunity to “attend” in spite of Covid-19 travel restrictions.

French composer Desplat is set to join the ceremony as the guest of honour, having previously added five World Soundtrack Awards to his two Oscars for The Shape Of Water and The Grand Budapest Hotel.

The Discovery of the Year award will be contested between British composers Tom Howe (A Shaun The Sheep Movie: Farmageddon) and Christopher Willis (The Personal History Of David Copperfield); US musicians Bryce Dessner (The Two Popes) and Daniel Lopatin (Uncut Gems); and Russia’s Dascha Dauenhauer (Berlin Alexanderplatz).

Michael Abels, the US composer behind Jordan Peele’s Get Out and Us, has been invited back to Ghent to present a selection of his work after winning the Discovery of the Year award in 2019. However, it remains to be seen whether he will be able to travel from the US due to ongoing restrictions around the virus.

In addition, Lebanese-French composer Gabriel Yared, who won an Oscar and Grammy in 1997 for his work on The English Patient, is also set to attend in person and receive the World Soundtrack Lifetime Achievement Award. Yared was also Oscar-nominated for composing the music for The Talented Mr. Ripley and Cold Mountain, and more recently wrote the score to biopic Judy.

Yared, Desplat, and Abels’ music will be performed by the Brussels Philharmonic and Vlaams Radiokoor, pre-recorded in the orchestra’s native Brussels, and will be part of the live event and livestream.

Discovery of the Year