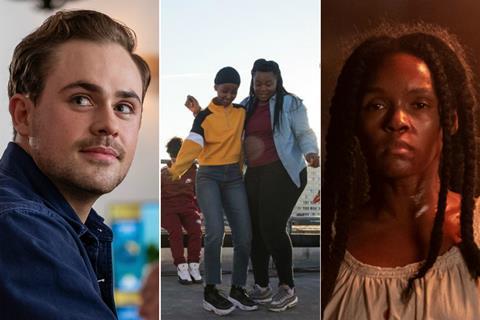 The French box office appeared to be on route to recovery in the first week of September thanks to the launch of Tenet and a wider range of titles on release generally. It now remains to be seen if this momentum can be sustained with further US studio releases remaining elusive and the country on high alert following a spike in Covid-19 cases.

French cinemas this week will mainly be reliant on local films to draw spectators.

Other mainstream local titles include Daniel Cohen’s A Friendly Tale, starring Bérénice Béjo as a woman whose unexpected literary success throws her close relationships into disarray.  It was released on roughly 450 copies by SND.

US releases include horror-thriller Antebellum for Metropolitan Film Export, on some 375 copies, and Martin Rosete’s Alzheimer’s-themed, romantic drama Remember Me for Alba Films.

As distributors and theatres continue to experiment with programming, a slew of documentaries have also come out theatrically in France this week. Among them is French filmmaker Sébastien Lifshitz’s Adolescents, which debuted in Locarno in 2019 (Ad Vitam); Camino Skies, following a group of walkers tackling the Camino de Santiago pilgrimage route, (L’Atelier Distibution) and The Squad, which follows Olympique Lyonnais’s champion female team (Rouge Distribution).

At the box office, 01 Distribution’s release of After We Collided outperformed Warner Bros’ sci-fi Tenet. The teen drama took first place with €1.5m, with the second weekend of Christopher Nolan’s blockbuster bringing in €954.000.

This is not unprecedented since the early September slot has always been the best one for teen dramas in Italy, coming at the end of summer and before schools reopen.

DIsney’s The New Mutants , Stella Meghie’s romantic drama The Photograph,  starring Issa Rae for Universal and Telepool’s release of Julian Landweer’s comedy Faking Bullshit – Krimineller als die Polizei erlaubt! open in Germany this weekend. All had been set to open on August 27, before being pushed back by two weeks whenWarner Bros’ Tenet  re-dated to the last weekend of August.

Finally Mindjazz Pictures’ local title We Almost Lost Bochum – Die Geschichte der RAG is about RAG, one of the leading German rap crews of the 1990s.

This weekend is the most plentiful for new releases since cinemas reopened in the UK and Ireland, with seven new titles plus several prominent back catalogue releases.

Leading the way in number of screens is Natalie Krinsky’s romantic comedy The Broken Hearts Gallery, Sony Pictures’ first wide release since Bloodshot on March 11, which plays in over 480 locations. Geraldine Viswanathan stars as a young woman who starts a gallery where people can leave trinkets from past relationships. The release was originally set for July 10; before moving to July 17, then August 7, before settling on this weekend.

Sally Potter’s Berlin 2020 Competition title The Roads Not Taken is another to hit cinemas this weekend after a delay, playing in 250 locations. Starring Javier Bardem, Elle Fanning, Salma Hayek, and Laura Linney, it depicts a day in the life of a New York City resident who is suffering from dementia.

Vertigo Releasing has been among the most prolific distributors across the summer, and debuts its latest, Sam Kelly’s crime drama Savage, in 118 sites this weekend. Inspired by true stories of New Zealand street gangs, it follows a man at three defining moments in his life as a violent enforcer.

Event cinema titles are starting to reemerge: Break The Silence: The Movie, the latest concert film from K-pop sensation BTS, plays in 345 venues through Trafalgar Releasing on Saturday and Sunday, following its initial release on Thursday.

BFI Distribution is distributing its first title since lockdown, with a 24-site release of Mathieu Kassovitz’s 1995 black-and-white crime pic La Haine; while Curzon Artificial Eye, which released Bong Joon Ho’s Oscar-winner Parasite in February, is following up with the director’s 2003 second feature Memories Of Murder.

Also of note is the second-weekend expansion of After We Collided through Shear Entertainment, from 40 sites to over 400. The teen drama sequel grossed an outstanding £254,771 including previews last time out, and is now playing in major chains including Cineworld, Odeon, and Vue.