Event returning to London for the first time in nearly a decade after of the release of Star Wars: The Force Awakens. 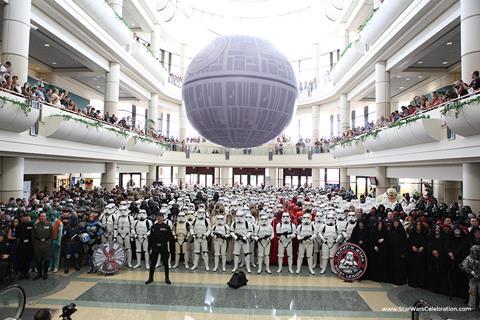 Star Wars Celebration is returning to London for the first time since 2007. Due to be held at the ExCeL Exhibition Centre from July 15-17 2016, it will follow the release of new film Star Wars: The Force Awakens this December.

At the latest Star Wars Celebration in the US, a new teaser trailer for The Force Awakens was released following on stage appearances from director JJ Abrams, producer Kathleen Kennedy and cast from the original and upcoming trilogies including Mark Hamill and Carrie Fisher.

Guest and event announcements for Star Wars Celebration 2016 have yet to be announced.

The event is produced by Lucasfilm with the collaboration of ReedPOP.