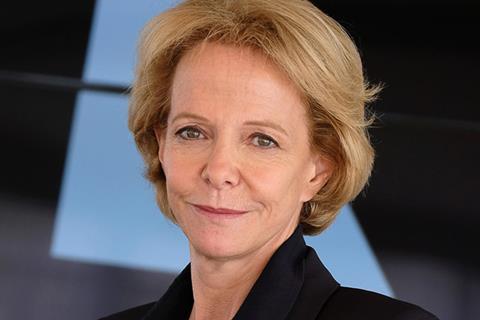 The future direction of France’s National Cinema Centre (CNC) and the generous film financing system it oversees is in doubt following the abrupt departure of long-running CNC president Fréderique Bredin, hot on the heels of a government report proposing sweeping changes to the way the organisation is run.

Bredin resigned on Wednesday night (July 10) after the government failed to clarify whether she would be re-appointed for a third three-year term, ahead of the end of her current mandate this week.

The move comes in the wake of a government report proposing a cap on the CNC’s budget and an end to its autonomy to which Bredin had been strongly opposed.

The 70-year-old body collects and oversees the spending of an average annual pot of around $788m (€700m), 75% of which is raised through a 10.7% levy on cinema ticket revenues as well as special taxes on distributors, TV broadcasters, home entertainment companies and digital platforms.

This much-admired model appears to be under threat following a report by two members of parliament for president Emmanuelle Macron’s ruling centrist La République en Marche (LREM) party, Marie-Ange Magne and Céline Calvez, criticising its efficiency and proposing an overhaul of how it is run.

Presented to parliament in June, the report proposed the CNC’s budget be capped, regardless of the amount raised via the cinema ticket levy and special taxes; the collection of the monies be carried out by France’s Finance Ministry, rather than by the CNC, and the pot be shared with the TV sector rather than earmarked purely for cinema.

It also raised questions around the body’s autonomy and suggested it needed to be more closely controlled by the government of the day.

During the presentation, Calvez suggested too many films were produced and raised the fact more than half of the French films released each year draw less than 50,000 spectators theatrically.

France’s minister of culture Franck Riester has said publicly he is not in favour of any of the proposals but the report has raised alarm bells within the French cinema sector.

Last week some 800 producers, directors and distributors signed a widely circulated open letter entitled: “France: the only country in the world to believe it has too much arthouse cinema” – in response to the report as well as a separate study looking at the role of private finance in cinema and the wider audiovisual sector which was conducted by French producer Dominique Boutonnat.

Countering Calvez’s comments, the letter highlighted a film’s profitability should be judged over a five-year arc to include broadcast, home entertainment and international revenues rather than simply its local box office performance.

The letter also challenged her suggestion too many films were being made each year, noting that many of these films were arthouse works which contributed to the richness and diversity of French cinema’s offering.

“French films account for 40% [of the box office] and it’s rising,” the letter read. “This market share is exceptional and is directly linked to the richness of the offer. Suppressing these so-called “excessive” films would put this market share, which is the envy of Europe, in danger. The collective health [of the film industry] is at stake.”

“We would also like to highlight that a film - whether it works or not – participates in the industrial economy of the country. French cinema plays an economic role, generating €5.8bn ($6.3bn) in added value,” it continued.

In the backdrop, the debate is taking place during a period when the government and its ministries are negotiating France’s state spending budget for 2020 ahead of the summer recess.

One source said they feared that France’s Finance Ministry has designs on the CNC pot.

A decision on whether Bredin’s three-year term, which ends on July 14, would be renewed or not had been expected to be discussed at a cabinet meeting on Wednesday. When word came back that no final decision had been taken and that she would remain in place in an interim capacity, Bredin decided to step down with immediate effect.

Bredin, whose six-year tenure spanned five culture ministers, had expressed strong opposition to the report’s proposals in the media in recent weeks, saying they would lead to the destruction of the CNC and in turn France’s cinema sector.

“Capping CNC revenues would mean less money for creators and an over-taxation for the sector,” she told Screen at the Manarat Mediterranean Film Festival in Tunisia last week, an event sponsored by the CNC. “This would break the virtuous principle that is at the heart of our cultural exception: downstream funds upstream; broadcasters are funding creators who support the quality of their programmes.”

She countered suggestions the CNC model was somehow broken.

“The evaluation of the effectiveness of aid and support policies in favour of cinema is a regular and usual process, conducted annually by parliament. And this year again, with the winners of the Cannes Film Festival – five out of nine awarded films were helped by the CNC, a market share of 40% for French films and more than 200 million spectators in cinemas – state policy has proved itself,” she said.

Bredin also highlighted the role the CNC played internationally, through its support of co-productions involving European partners as well as through its Aide aux cinémas du monde, aimed mainly at territories with less resources for independent cinema.

“With 17 films in the [Cannes] Selection supported by l’Aide aux cinémas du monde there is no country that loves and supports filmmakers from all over the world as much as France,” she said. The fund had a budget of $4.3m (€3.9m) in 2018 and supported 48 features.

News of Bredin’s resignation was met with dismay across the French film industry on Thursday. Although managing director Olivier Henrard will oversee the management of the institution and its staff for the immediate future, film executives fear the absence of a president will further weaken the body at a key moment in its history.

There was no word when a new president would be appointed. Rumours were rife on Thursday morning that Boutonnat, whose study on private film finance in cinema also raised hackles in the French industry, was being lined up by Macron’s government for the role.

The system revolves around the principle that any entity diffusing cinema content – whether it be in a cinema, on a digital platform or via DVD – should reinvest some of its profits in the creation of new French and European cinematic works.

There is an historic 10.7% levy on cinema tickets, for example, while free-to-air broadcasters make a contribution of 5.6% of their turnover and platforms contribute 2% of their French revenue.

The collected monies are redistributed in French and European cinema through some 50 different CNC programmes covering every aspect of the development, production, exhibition and distribution chain and also go into programmes supporting the development of TV dramas, web-based productions and video games.

Some of the grants are automatic, triggered by a film’s performance at the box office. The selective awards are decided by committees made up of CNC staff, cinema professionals and other figures involved in the world of culture. Around 90% of French feature films benefit from CNC funding in some shape or form.

The history of the CNC

The CNC was launched on October 25 1946, just three after the first edition of the Cannes Film Festival.

Its creation was in part a reaction to an influx of American pictures following the Blum-Byrnes agreement of May 1946, restructuring France’s $2.8bn World War two debt to the United States.

In return for the deal, US Secretary of State James F. Byrnes demanded France open its markets to American goods, and in particular American productions, sparking fears from the country’s fragile post-war film industry that it would never recover if the market were flooded with American films.

Bowing to pressure, the French government put an annual 130-picture cap on the number of US films and introduced a 10.9% tax on all cinema tickets, the proceeds of which were put under the control of the fledgling CNC to mete out as subsidies for future productions.

The cap was later lifted but levy remained in place, marking the beginning of the one of the most influential film bodies in the world.