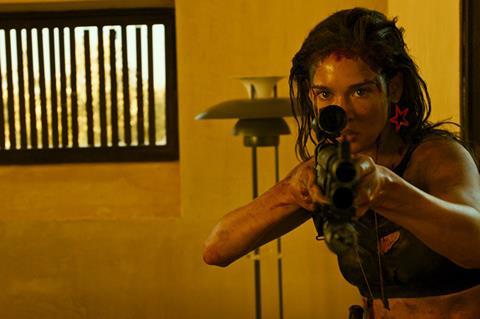 Shudder, the streaming service owned by AMC Networks, is partnering with NEON on the North American release of Coralie Fargeat’s directorial debut Revenge.

The Sundance Midnight selection will get a theatrical and VOD release in spring prior to its roll-out on Shudder later in the year.

Revenge premiered in Toronto last autumn and stars Matilda Lutz as a young woman who goes on vacation to a remote desert villa with her millionaire boyfriend (Kevin Janssens).

Their romantic weekend goes off the rails when her lover’s hunting friends show up, triggering a wave of violence.

“We are thrilled to be partnering with NEON on Revenge and cannot wait to get the film in front of American audiences,” said Aurelie de Troyer, vice-president of global acquisitions and co-productions at Shudder.

Earlier on Tuesday NEON announced it had partnered with AGBO on world rights to Midnight entry Assassination Nation.