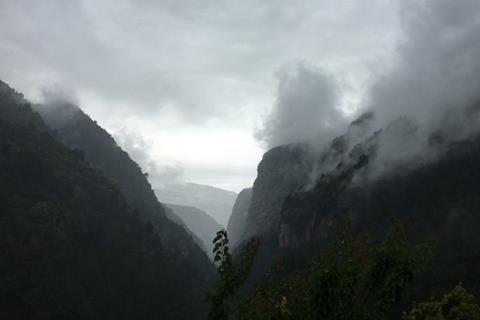 The company, founded earlier this year, has been established partly in response to the dire economic situation in Lebanon.

“All the producers and filmmakers in Lebanon are confronting the economic crisis,” said El Khoury. “The banks are not giving people money. I am lucky that I am based in France. For example [on Lebanese film] The River, I can pay for things from France to people working on the film.”

El Khoury, who is based in Paris for most of the year, is looking to show “solidarity” with other Lebanese filmmakers and to use her French connections to help where she can.

Shooting on the project in Tunisia has been postponed because of the coronavirus pandemic but the filmmakers are hoping to be back in October. Tunisian co-producer Instinct Bleu has now boarded the film and the French co-producer is Alter Ego. A sales agent is yet to be appointed.

El Khoury is the co-producer on another Lebanese film, Bassem Breche’s The Maiden’s Pond, which is one of this year’s CineLink works in progress.

She has also recently completed The River by Ghassan Salhab, whose drama Terra Incognita was selected for Cannes in 2002. The latest from the Lebanese writer-director centres on a young woman and older man who meet for lunch in a mountainous part of Lebanon. Suddenly, fighter planes are seen in the sky and the couple venture deep into nature.

The River follows Salhab’s The Mountain (2011) and The Valley (2014). Co-produced by Germany’s Unafilm, it has received support from the Doha Film Institute, Berlinale World Cinema Fund and Visions Sud Est. The River was shot entirely in Lebanon.

The premiere has been delayed by the Covid crisis but The River is expected to surface at a festival either this autumn or next year, once the crisis subsides. Sales are handled by Les Films du Losange. “This is the kind of film that have to see on a big screen,” said El Khoury.

Salhab is now writing a new film, titled The Last City, which will be set in Beirut.

El Khoury also confirmed she is producing Tide, the debut feature by Lebanese director Hussen Ibraheem, through Les films de l’Altaï. The Lebanese producer is Lara Abou Saifan through her company Placeless Films. A draft of the script is complete and financing is underway. The film is about a Palestinian refugee living in Lebanon, his Lebanese partner, and the tragic situation they both face after their son dies and they are not permitted to bury him because they do not have the right papers.

El Khoury is also the French co-producer on Backstage, the new project from Afef Ben Mahmoud and producer Khalil Benkirane. This was supposed to shoot this year but was postponed because of the coronavirus crisis and is likely to shoot next year.