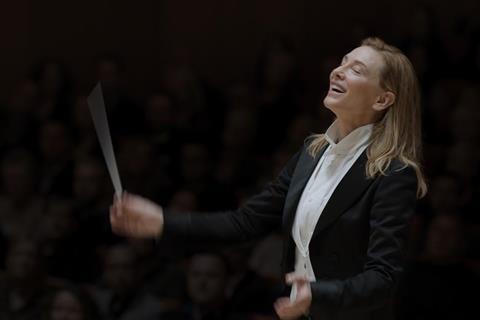 The New York Film Critics Circle has anointed TÁR its best film and Cate Blanchett best actress, while Colin Farrell was named best actor for After Yang and The Banshees Of Inisherin.

S. S. Rajamouli was proclaimed best director for his Indian action epic sensation RRR as the critics group also announced on Twitter that Martin McDonagh had won best screenplay for The Banshees Of Inisherin

Jerzy Skolimowski’s Polish Oscar submission EO was named best international feature, setting it up to be a lively contender in that category throughout awards season.

Ke Huy Quan from Everything Everywhere All At Once maintained a good start to awards season by claiming the supporting actor award as he did earlier this week at the Gothams. Keke Palmer won the supporting actress award for Nope.

Laura Poitras’s All The Beauty And The Bloodshed and Dean Fleischer-Camp’s Marcel The Shell With Shoes On earned non-fiction and animation awards, respectively.

The awards will be handed out during the group’s annual ceremony on January 4 2023 at Tao Downtown.

Best actor: Colin Farrell, After Yang and The Banshees Of Inisherin

Best Supporting Actor: Ke Huy Quan, Everything Everywhere All At Once

Best Non-Fiction Film: All The Beauty And The Bloodshed

Best Animated Feature: Marcel The Shell With Shoes On