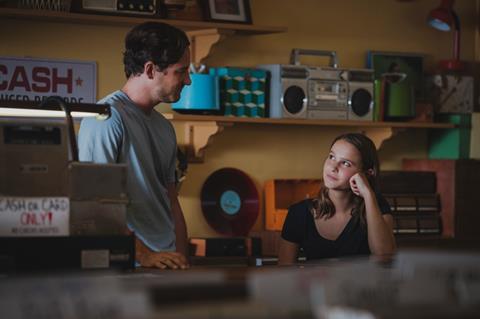 Lewis Pullman, Clara Rugaard, Danny Glover and Matt Walsh star in the story about a young woman who has a chance to save the love of her life when she discovers that the mixtape they made can transport her back in time.

The Avenue is targeting a 2022 release. Pullman’s credits include Bad Times At The El Royale and upcoming Top Gun: Maverick and Salem’s Lot. Rugaard starred in I Am Mother and Teen, while Walsh from Veep and upcoming Unplugged. Glover of the Lethal Weapon franchise has also starred in Jumanji: The Next Level and 2012, among many others.

Press Play is part of CJ ENM’s growing English-language slate that includes imminent release Hide And Seek with Jonathan Rhys Meyers and Jacinda Barrett, and a remake of Extreme Job, one of two collaborations with Kevin Hart alongside female-driven dramedy, Bye, Bye, Bye, based on South Korean hit Sunny.

The company is also working on a Parasite television series with HBO and recently hired Deon Taylor to direct the gothic horror Grave Hill, an English-language remake of Vietnamese horror film The Housemaid, and will produce a remake of Korean film Save The Green Planet! alongside Ari Aster and Lars Knudsen’s Square Peg production banner.

CJ ENM has a strategic investment in David Ellison’s Skydance Media that will see the companies collaborate on film and TV projects, tapping into libraries that appeal to a worldwide audience.