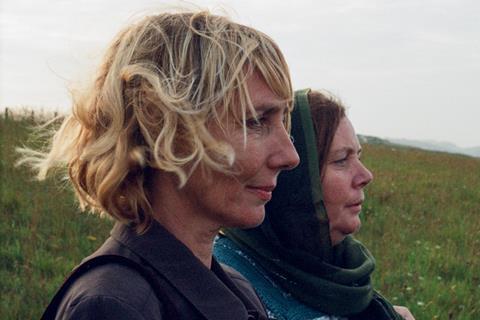 Paris-based The Bureau Sales has sold French rights to UK filmmaker Aleem Khan’s debut feature After Love to Rezo Films, in a first major territory deal for the film.

The drama was among five features selected for Cannes Critics’ Week’s special 2020 label, which the parallel section created this year in the absence of a physical event due to the Covid-19 pandemic.

Set in the port town of Dover in southeast England, it stars Joanna Scanlan as a woman who suddenly finds herself a widow following the unexpected death of her husband, for whom she converted to Islam.

A day after the burial, she discovers he had a secret just 21 miles across the English Channel in Calais.

“It’s a powerful and emotional film about the destiny of a woman, carried by an actress with an amazing authenticity,” said Florent Bugeau, head of acquisitions at Rezo Fiilms.

Matthieu de Braconier of London and Paris-based outfit The Bureau lead produced with Gabrielle Dumon and Gerardine O’Flynn taking co-producer credits. The production was backed by BBC Films and the BFI and also received the support of the Sundance Institute Feature Film Program.

Khan, who is of UK and Pakistani heritage, first prompted interest on the international film festival circuit with the 2014 short film Three Brothers, which went on to be nominated for a Bafta. He was named a Screen International UK Star of Tomorrow in 2015.

Other titles on The Bureau Sales’s virtual Cannes slate include Eva Riley’s Perfect 10 which is market premiering in the Marché du Film.