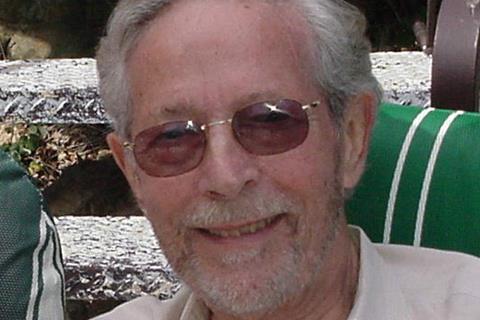 Michael Anderson, the Oscar-nominated filmmaker who directed Dam Busters, Around The World In 80 Days, and Logan’s Run, died peacefully at his home on the Sunshine Coast of Canada from heart disease on April 25. He was 98.

The London-born filmmaker is best known for The Dam Busters, which the British Film Institute named one of the best British films of the 20th century; sci fi classic Logan’s Run; and Around The World In 80 Days, which was nominated for eight Oscars including best director and won five including best picture in 1957.

That year Anderson also received nominations from the Directors Guild of America and the Hollywood Foreign Press Association.

Over the course of a prolific career spanning 70 years, Anderson directed than 35 films and participated in seven Royal Command Performances for the British monarchy. He was honored with a Lifetime Achievement Award by the Directors Guild of Canada in 2012.

Born into a theatrical family in 1920, Anderson began working in the industry as an actor during the 1930s and by 1938 had graduated to working behind the camera as an assistant director.

During the Second World War, while serving in the Royal Signals Corps, he met Peter Ustinov and subsequently assisted him on two films. He co-wrote and co-directed Private Angelo with Ustinov in 1949, launching his career as a film director.

Anderson broke out with the 1955 Second World War epic The Dam Busters starring Richard Todd and Michael Redgrave, which was the number one film at the British box office that year.

The following year he directed Around The World In 80 Days, marking his first international success. He went on to direct a number of films in the UK, US and Canada spanning all genres including The Wreck Of Mary Deare, Operation Crossbow, All The Fine Young Cannibals, The Quiller Memorandum, Orca and The Shoes Of The Fisherman.

He also directed miniseries for television including the critically Acclaimed Sword Of Gideon and Young Catherine starring Vanessa Redgrave. Besides English, Anderson spoke French, Italian and German fluently, a reflection of his multicultural life spending significant periods of his life in Europe, the US and his later years in Canada.

Prior his death, Anderson was close to finishing his autobiography in which he details his life and career, citing among the highlights the week he spent with Mother Teresa in India when he was exploring the possibility of collaborating on a project about her life.

A deeply spiritual man, Anderson also noted that one of the biggest honours of his career and life was getting an audience with Pope John Paul II. Anderson adapted The Jeweller’s Shop in 1960 based on the three-act play written by the Pope and got the job because his 1968 film The Shoes Of The Fisherman was one of the Pope’s favourite films.

Anderson’s wife Adrianne intends to complete the autobiography this year on her late husband’s behalf.

On May 17 a newly restored and version of his breakout feature The Dam Busters will be presented in 4K live from the Royal Albert Hall in London and simulcast into 400 theatres throughout the UK to commemorate the 75th anniversary of the Royal Air Force’s most daring operation of the Second World War on which the film is based.

Anderson is survived by his Canadian-born wife of 40 years, Adrianne, his son and namesake Michael Anderson, Jr., stepchildren actress Laurie Holden and Christopher Holden, and his many grandchildren and great grandchildren.

A private memorial service for family and friends will be held at his home on the Sunshine Coast of Canada over the summer. The family requests that those wishing to commemorate Anderson’s life do so by making a donation to the Famous People Players in Toronto, a non-profit black light theatre company that tours worldwide and is dedicated to employing people with intellectual and physical disabilities.