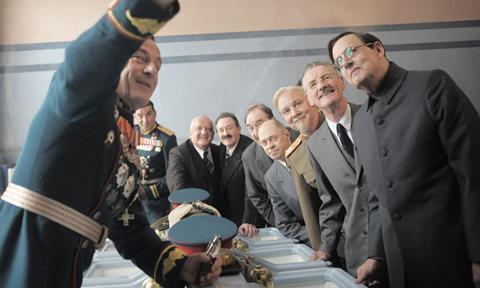 Top brass at the Toronto International Film Festival (TIFF) unveiled on Thursday the 12 films that comprise this year’s Platform programme.

Warwick Thornton’s Australian western Sweet Country closes the section. Every entry is a world premiere except Sweet Country and Xavier Legrand’s Custody, both of which premiere in Venice.

The films represent eight countries and will compete for the Platform Prize awarded by a jury comprising filmmakers Chen Kaige, Malgorzata Szumowska and Wim Wenders.

This will mark the third year of Platform., designed to showcase “original voices in contemporary cinema.” Previous selections include this year’s best picture Oscar winner Moonlight, Lady Macbeth, Land Of Mine, and Jackie.

“The films unveiled today embody our bold vision for the programme, and our ongoing commitment to showcase artistic and inventive directors that fearlessly push boundaries,” TIFF CEO and director Piers Handling said. “The twelve titles exemplify bravery, dynamism and a unique voice in storytelling that we look for when curating the Platform programme.”

“Platform is the place to look for the distinct stamp of today’s most interesting directors as they establish their reputations,” TIFF artistic director Cameron Bailey said. “It’s important that the Platform jury also reflects original thinking in cinema. We’re thrilled to bring together Wim Wenders, Chen Kaige and Malgorzata Szumowska, each one responsible for bringing visionary films into the world.”