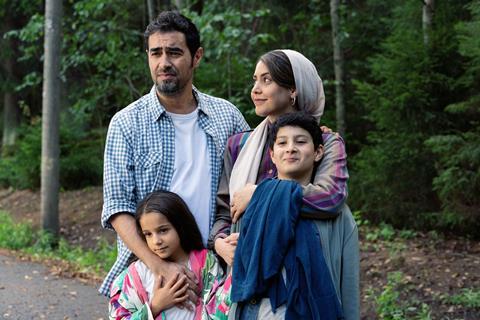 The Oasis Of Now

A year after winning the Screen International Best Pitch Award at the Baltic Event co-production market in Tallin, the Finnish filmmakers behind immigration drama The Oasis Of Now are now shooting the film in Finland.

Director Hamy Ramezan and his producers Emilia Hauka and Jussi Rantamäki of Helsinki-based Aamu Film Company shot the film on locations in Finland from mid-August until the end of September and it is now in post-production. They are aiming to submit the film to Cannes 2020.

Inspired by Ramezan’s own experiences as his family fled from persecution in Iran before arriving in Finland in 1990, it centres on the 13-year-old Ramin and his family whose application for asylum is turned down by the Finnish immigration authorities just weeks before he is about to start at a new school. In spite of this setback, the Mehdipour family remain positive as they prepare to appeal against this decision.

Particular attention was given to the casting of the family members since Ramin and his sister Donya had to speak both Finnish and Persian.

“When we found Kimiya Eskandari to play the sister, there was no doubt for us that she was the right one,” Ramezan recalls, noting that casting the role of her brother Ramin was “one of the most challenging parts of the project”.

“We had to be creative about finding him.  Members of the crew had the idea of going to the registry office and getting the names of all boys who have given Persian as one of their mother tongues. Every Iranian in Finland got a letter from us and that’s how we found him.”

The 11-year-old Aran Keshvari, was subsequently cast as Ramin. “He has that special something, a superstar quality in every respect that made it a pleasure to work with him,” says Ramezan.

Meanwhile, Tehran-based Iranian filmmkaer Pouria Oureh helped his Finnish colleagues by organising the casting sessions in Iran and sent the tapes to Finland for Ramezan and his producers to make their decisions.

The actor Shahab Hosseini –  known to international audiences for his collaborations with Asghar Farhadi on A Separation and The Salesman – was cast as the father, while the mother is being portrayed by Shabnam Ghorbani, a rising new young talent to watch out for in Iranian cinema.

Presentation at Finnish Film Affair as Work in Progress

During the shoot, the film’s producers prepared footage from The Oasis Of Now to show at the Finnish Film Affair’s Works in Progress showcase, held in Helsinki in mid-September. It won the award for the project with the most international appeal and received €3,000 towards its international marketing campaign.

According to the jury, “the sensitivity in the portrayal of the boy and his family is delicate and emotionally balanced – this project really touched us. The film has impressive visual style and presents a rising talent in director Hamy Ramezan. Its universal themes have the potential to speak to audiences all over the world.”

“We were very happy when we heard a comment from one person at the Finnish Film Affair that it was nice in the film to see a family seeking asylum who look like they come from the middle class,” Haukka says. “That is often more a reflection of the situation among asylum seekers. Moreover, the focus of the story is more on the family and the fact that they could be any one of us. Indeed, many responses after the pitch showed the film already shows strong emotions.”

“Originally, Pouria [Oureh] was going to provide some in-kind investment such as camera or lighting equipment for the film, but international sanctions put a stop to shipping equipment out of Iran,” says Haukka. “Luckily, we have some very good deals for equipment in Finland, so we didn’t have to make any compromises on the visual side.”

The producers are planning to show the first edited scenes at the Nordic Film Market during the Göteborg Film Festival in late January 2020.