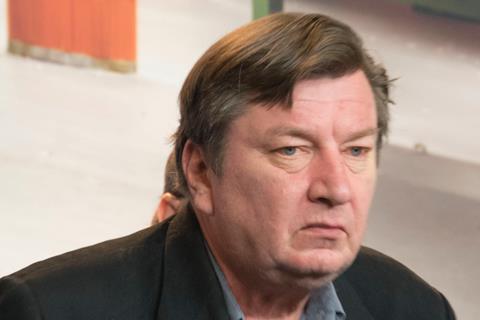 The Match Factory will handle sales, continuing a long-time relationship with Kaurismaki most recently on 2017’s The Other Side of Hope. Alma Pöysti and Jussi Vatanen will star.

The tragicomedy will be the fourth film continuing the themes of his working class trilogy also including Shadows in Paradise, Ariel and The Match Factory Girl.

The film follows a shop assistant (Pöysti) and a sandblaster (Vatanen). Kaurismäki’s long time cinematographer Timo Salminen will continue their collaboration, and more crew and actors will be confirmed later.

Fallen Leaves is produced by Kaurismäki’s production company Sputnik and the film will be released in 2023. In Finland the distribution is handled by B-Plan Distribution.

Other highlights in the features supported include Jenni Toivoniemi’s Eve’s Call; Aleksi Salmenpera’s Master and Man; Jalmari Helander’s Jerry and Ms. Universe and third film in the animation franchise Niko: Beyond The Northern Lights, directed by Kari Juusonen and Jørgen Lerdam, plus the VR project Tom’s House which explores Tom of Finland’s house in Los Angeles.