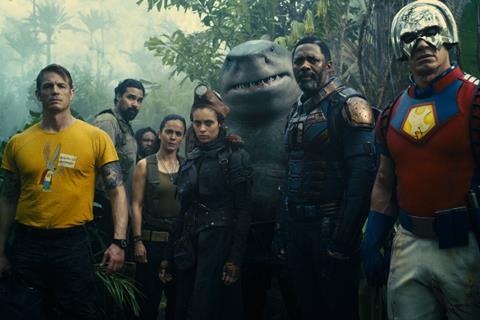 The Suicide Squad topped the UK and Ireland box office for a second consecutive weekend, whilst Stillwater starring Matt Damon was the highest new opener in seventh.

Warner Bros’ The Suicide Squad took £2.27m on its second session, a fall of 30%, to put it on £7.98m to date. The James Gunn-directed DC adaption is a sequel/reboot to the 2016 version directed by David Ayer, which finished on £33.6m in the UK and Ireland.

The rest of the UK-Ireland top five also remained the same for the second week in a row, with no new releases able to knock the studio blockbusters off their pedestals. Still in second, Jungle Cruise took £1.96m, down 14% from last weekend, with £6.16m after two sessions.

eOne distributed thriller Stillwater is the highest-grossing new release this week, taking £441,000 from 490 locations for a £900 location average. With previews, its total comes to £478,000, enough for seventh place in the chart. Starring Matt Damon, it premiered out of competition at this year’s Cannes film festival.

Universal’s Old has slipped from sixth place last week to eighth this weekend, taking £296,778. M Night Shyamalan’s horror is up to £2.86m from three sessions.

The Last Letter From Your Lover, released by Studiocanal in 550 locations and adapted from a romance novel by Jojo Moyes, took £256,991 in its opening weekend, at an average of £467 and a total of £274,321 including previews. The previous screen adaptation of Moyes’ work, Me Before You, took £1.8m from 445 locations in its opening weekend back in 2016.

South Korean pop group Blackpink commemorated their fifth anniversary with behind-the-scenes film Blackpink: The Movie, distributed by Trafalgar Releasing. It opened with £81,929 at 255 locations, for a £321 average.

Universal’s Profile, which premiered at the Berlin Film Festival in 2018 and follows an undercover British journalist who infiltrates the online propaganda of the so-called Islamic State, took £32,952 across 139 locations in its opening weekend, averaging £237.

Escape Room: Tournament Of Champions added £44,000 in its fourth session, bringing its total takings to £1.05m.