Diao Yinan’s The Wild Goose Lake is the latest title to take its place on the Screen Cannes 2019 jury grid, achieving a respectable 2.8 average with one score to come. 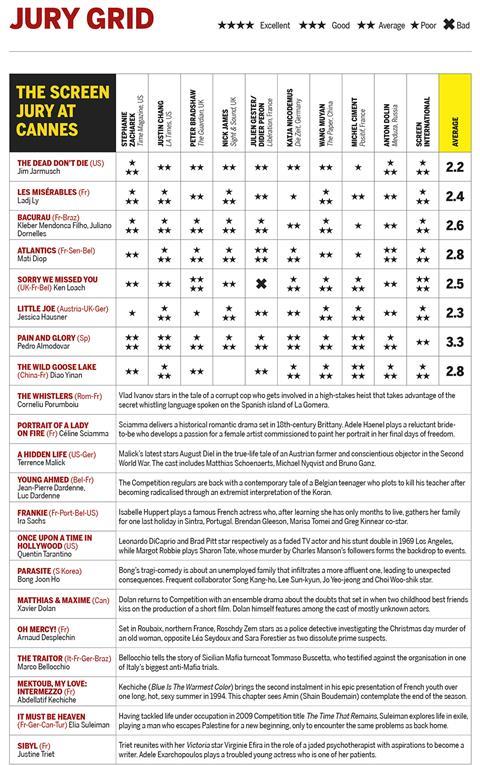 Hu Ge and Wan Qian co-star in the crime thriller about a gangster who crosses paths with a prostitute while seeking redemption on the run.

Final scores came in for Jessica Hausner’s Little Joe, taking it to a 2.3 average; and Pedro Almodóvar’s Pain And Glory, which dropped it slightly to a 3.3 average, still comfortably holding first place.

With eight films marked so far, scores have stayed predominantly in the average-to-good territory, all within a relatively small range. The lowest to highest average gap is currently 1.1 (2.2 to 3.3); at this same stage last year, it was a gap of 2 (1 to 3).

The next titles to take their spots are Corneliu Porumboiu’s police heist drama The Whistlers; and Céline Sciamma’s Competition debut in Cannes with Portrait Of A Lady On Fire.