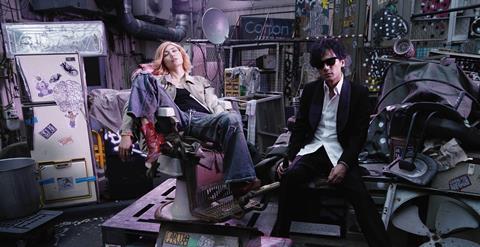 Tokyo International Film Festival (TIFF) has announced the full line-up for its 32nd edition, including the 14 titles selected for its International Competition.

In addition to previously announced Japanese titles Tezuka’s Barbara from Macoto Tezka and Shin Adachi’s A Beloved Wife, the competition will screen five other world premieres including Chinese director Wang Rui’s Chaogtu With Sarula, Food For A Funeral from Turkey’s Reis Celik and Uncle from Danish director Frelle Petersen.

Asia premieres in this section include Jayro Bustamente’s La Llorona and Dominik Moll’s Only The Animals (see full line-up below).

Yoji Yamada’s Tora-san, Wish You Were Here will open the festival, with Yoshihiro Nakamura’s The 47 Ronin In Debt also playing at the opening and Masayuki Suo’s Talking The Pictures receiving a Gala Screening.

Martin Scorsese’s The Irishman, previously announced as the closing film, will now screen in TIFF’s Special Screenings section, so it can play on the 4K-enabled screen at Toho Cinemas Roppongi, rather than the closing ceremony venue.

Japan Now includes titles such as Kiyoshi Kurosawa’s To The Ends Of The Earth, Makoto Nagahisa’s We Are Little Zombies and Isshin Inudo’s Samurai Shifters, along with five titles from Director in Focus Nobuhiko Obayashi.

TIFF is also launching a dedicated Japanese Animation section, which will screen recent hits such as Weathering With You and Promare, along with classics such as Akira.

At the press conference today in Tokyo, TIFF director Takeo Hisamatsu explained how the festival is focusing on Japan for this edition: “Next month, the new emperor’s enthronement ceremony will be held, and guests will be coming to Japan from all over the world. We also have the Tokyo Olympics next year, which has drawn a lot of attention to Japan. So we’ve also decided to highlight Japan in this year’s TIFF.”

Commenting on Yamada’s opening film, TIFF chairman Hiroyasu Ando said: “Yamada made the first Tora-san film in 1962 and for many years made a new film every six months. He has talked about shifting the gears in this first year of the Reiwa Era, and I also believe it’s a good time to shift gears to a new direction.”

This year’s TIFF will take place October 28 to November 5 at Roppongi Hills, EX Theater Roppongi, Hibiya Step Square and other venues in Tokyo.