Period drama is currently airing in the UK and US. 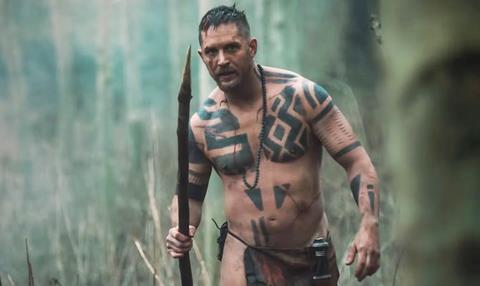 Taboo, the eight-part TV drama series currently playing on BBC One in the UK and FX in the US, has sold to multiple international territories.

The deals include: HBO for Spain, Nordic territories and Eastern Europe; AMC for Portugal; TV1000/Viasat for Russia and CIS region; Cosmote in Greece; Digiturk in Turkey; and Fox Network Group Latin America for the Americas and the Caribbean.

Set in 1814, Hardy stars in the series as a man who, believed long dead, returns home from Africa to London to inherit the remnants of his father’s shipping empire.

Taboo was created by Tom Hardy and Dean Baker for their outfit Hard, Son & Baker, along with Steve Knight and Timothy Bricknell.

Four episodes were directed by Kristoffer Nyholm (The Killing) and the remaining four were directed by Anders Engström (Wallander). Ridley Scott and Kate Crowe were executive producers for Scott Free London.

Sonar Entertainment is handling international distribution outside of the UK.

David Ellender, president, global distribution and co-productions, Sonar Entertainment, commented: “Taboo is one of the most anticipated series in the television market and for good reason. The story is spectacular, the performances are incredible and direction is unparalleled. Taboo is proof that great television knows no borders.”