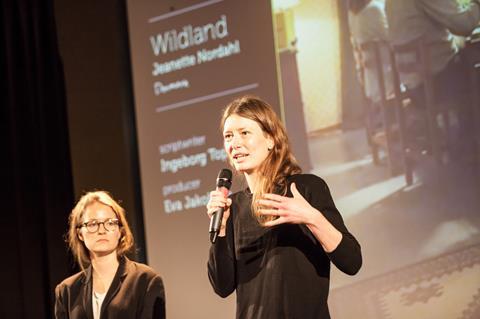 The TorinoFilmLab (TFL) has announced the ten new projects selected for the 2018 FeatureLab.

Coming from Europe, Latin America and Asia these projects will be developed for six months at a workshop held in Sardinia with the help of the already announced tutors, headed by Romanian director Cristian Mungiu (4 Months, 3 Weeks, 2 Days).

Six of the ten films have female directors.

Focusing on first and second feature films, the TFL FeatureLab selects projects at an advanced stage of production and helps a team of directors, scriptwriters and producers get their ideas on screen. Eight out of the selected projects are debut films.

Six films developed within FeatureLab premiered at international festivals in 2018 so far, with American satirical comedy Diamantino, by Gabriel Abrantes and Daniel Schmidt, set to compete in Cannes Critics’ Week.

The TorinoFilmLab training will conclude with the annual TFL Meeting Event (23-24 November 2018), where the filmmakers will present their projects to to an audience of Decision Makers.

This year’s projects are:

Read more: Half of 2018 Torino ScriptLab projects will have female directors (exclusive)