"A man of so many talents": Tributes pour in for 'Monty Python' co-founder Terry Jones, who has died aged 77 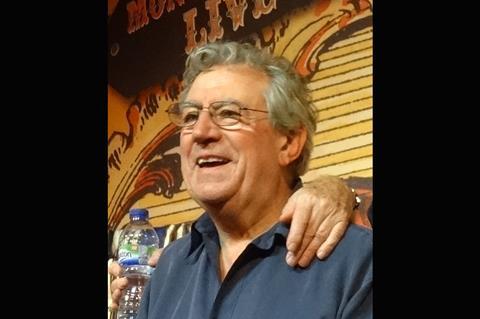 UK actor, director and writer Terry Jones has died at the age of 77, according to his agent.

He went on to direct or co-direct their film projects Monty Python And The Holy Grail (alongside Gilliam), The Life Of Brian and The Meaning Of Life. His other films as a director included Erik The Viking (1989) and The Wind In The Willows (1996).

Welsh-born Jones was awarded a lifetime achievement award at the Bafta Cymru awards in 2016.

In a statement, his family said: “We are deeply saddened to have to announce the passing of beloved husband and father, Terry Jones.

“Terry passed away on the evening of 21 January 2020 at the age of 77 with his wife Anna Soderstrom by his side after a long, extremely brave but always good humoured battle with a rare form of dementia, FTD.

“Over the past few days his wife, children, extended family and many close friends have been constantly with Terry as he gently slipped away at his home in north London. We have all lost a kind, funny, warm, creative and truly loving man whose uncompromising individuality, relentless intellect and extraordinary humour has given pleasure to countless millions across six decades.

“His work with Monty Python, his books, films, television programmes, poems and other work will live on forever, a fitting legacy to a true polymath.

“We, his wife Anna, children Bill, Sally, Siri and extended family would like to thank Terry’s wonderful medical professionals and carers for making the past few years not only bearable but often joyful.

“We hope that this disease will one day be eradicated entirely. We ask that our privacy be respected at this sensitive time and give thanks that we lived in the presence of an extraordinarily talented, playful and happy man living a truly authentic life, in his words ‘Lovingly frosted with glucose.’”

Fellow Python John Cleese paid tribute to Jones on Twitter. “It feels strange that a man of so many talents and such endless enthusiasm should have faded so gently away,” he said. “Of his many achievements, for me the greatest gift he gave us all was his direction of Life Of Brian. Perfection. Two down, four to go.”

In a statement, Michael Palin added: ”He was far more than one of the funniest writer-performers of his generation, he was the complete Renaissance comedian — writer, director, presenter, historian, brilliant children’s author and the warmest, most wonderful company you could wish to have.”

Comedian Frankie Boyle said: “Remember showing my kid Monty Python for the first time a few years ago. His review, through one of his little shoulder shaking laughs: “It’s like they’re deliberately trying to say the most stupid thing possible!” We’ll all miss you Terry Jones.”

Comedian and actor Adrian Edmondson added: “Terry Jones was the only Python who agreed to appear in The Young Ones. It was like affirmation from God himself. This was the man who’d directed what was, and still is, the funniest feature film ever made. We loved him for it, and always will. Sadly, he’s eaten his last mint…ers.”