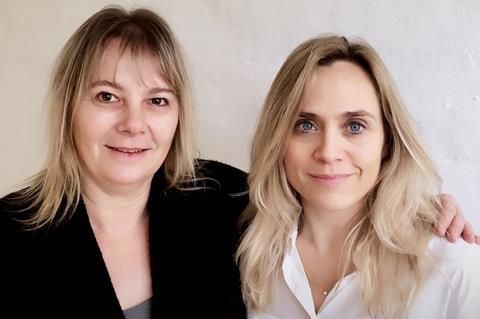 TrustNordisk has promoted Susan Wendt to Managing Director as of May 1, as CEO Rikke Ennis departs to launch her new company REinvent Studios.

Wendt had already been overseeing all of TrustNordisk’s film and TV sales operations since 2017, when she was promoted to director of international sales and marketing, when Ennis started concentrating more on content development and packaging of film and TV drama.

Going forward, Wendt told Screen that TrustNordisk won’t be financing and packaging new projects “but will enter into projects in early stages as a sales company.” The company will continue to work on TV, including forthcoming series such as Norwegian thriller Twin and Bille August’s A Fortunate Man.

Wendt said, ”Rikke and I have been working closely together for more than 10 years, and it’s for sure very sad and took some time to digest that Rikke had decided to leave TrustNordisk, but we will continue in her spirit. This has been prepared over a longer period of time and luckily we will continue working together in the future.”

Wendt said there will be some minor internal shifts in staffing to come in the near future, but that it’s business as usual otherwise. “You won’t feel a difference coming to our booth in Cannes. The sales team are all there. It’s still the TrustNordisk with high quality films and the team people know.”

Wendt adds that in addition to leading the company, she will continue to actively do sales herself as it’s the best way to “have a feel of what’s going on in the market.”

Ennis added: “The TrustNordisk team has been like a family and I am proud of having been part of this great adventure taking the company to where it is today. I have been dreaming about creating my own for a while and now that time has come. However we will be working together on several projects in the future and I am sure that the TrustNordisk team with Susan in the lead will continue to be among the top international sales agents.”

Wendt, also president of Europa International, was working at Nordisk as head of sales when they merged with Trust to create TrustNordisk in 2008.

TrustNordisk has a big Cannes ahead as Lars von Trier’s The House That Jack Built, already widely sold, will have its world premiere out of competition. The sales slate also includes Niklaus Hilber’s Paradise War, about an explorer in Borneo in 1984; Hans Petter Moland’s drama Out Stealing Horses starring Stellan Skarsgård; and Christoffer Boe’s thriller The Purity Of Vengeance, the fourth film in the hit Dept Q series.