Turn your film into a product, say experts at Storytek conference 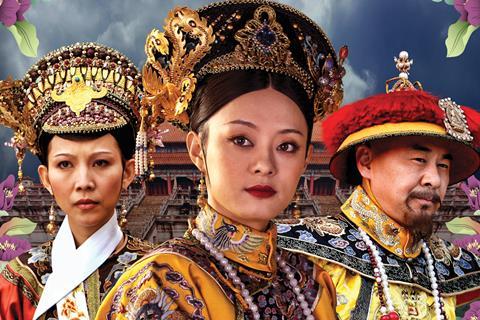 ‘Empresses In The Palace’

The second edition of content, media and technology forum Storytek, which took place at the Tallinn Black Nights Film Festival yesterday (Nov 29), saw experts discuss how films and TV could evolve in the future.

The day-long event also included the presentation of Storytek’s first accelerator projects, whose projects were chosen and further developed beginning in September via a ten-week mentoring and training session.

The day started with digital media engagement strategist Kathleen Cohen, who said that future development opportunities for content are in abundance.

Referring to her involvement with the Top Gear and BBC Earth theme parks that are in development in China, she said strong IPs with interactive content and gamification are in demand. The parks will feature immersive worlds where content from the series’ will be displayed along with holographic race cars and a gamified rollercoaster.

“Someone is going to take your product, and make it immersive at some point,” said Cohen. “There is a need for content. Just think in terms of AR (augmented reality), VR (virtual reality), MR (mixed reality) and XR (real and virtual combined elements), as well as AI (artificial intelligence), robotics and machine learning.

“Every sector and every vertical is looking for some kind of game environment with masterful storytelling to make it simple and entertaining for the user. That matters to filmmakers and creators,” said Cohen.

He referenced the success of book publisher Shanda that “hoovers up rights to properties” including serialised internet stories and television dramas from non-professional writers that are then turned into profitable IP commodities.

He also referenced China’s 76-episode series Empresses In The Palace that Netflix bought in 2015 and cut down to six episodes, turning it into a major global IP.

“In China, it’s about the adaptation of stories from wherever you can get them, and turning them into money spinning products including TV dramas, computer games, film. It’s the trade of stories,” he said.

Marking 2015 as the “dawn of a new era” for China, he concluded that the “multi-layering of ancillary line extensions” birthed the term “super IP”.

He referenced Korean reality television series Where Are We Going, Dad?, that became a series in China followed by a film that was shot in six days for under $500k. The film went on to earn over $110m at the China box office. It has subsequently expanded its IP to a film sequel, its own range of mobile phone games, books, toys and tourist products.

“This has brought a whole new meaning to IP – and the power of organic user generated story ideas that can exist in multiple forms,” said Lei.

Eric Stein, owner of Impact Global Media, said: “You must think of your content as a product, and how you can engage with targeted audiences in order to earn money.”

He said it still remains to be seen whether content such as Fox’s The Martian VR experience could act as both a tool for marketing and as a revenue generator.

Kathleen Cohen added that Universal Studios Hollywood’s success with The Wizarding World of Harry Potter, which averages 3,500 people an hour through its entrance turnstiles. “That has become the benchmark. So the question is, can we do this with VR experiences? At the moment no, but we are trying,” said Cohen.