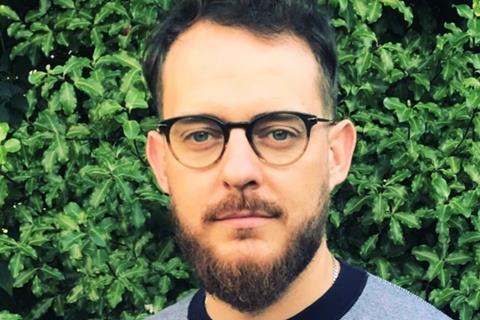 Negret will take up the role on June 1, a month ahead of the departure of Harberd, who will assist with the handover and is stepping down after more than seven years at Head Gear. Harberd has held the COO role since January 2017.

Negret will now oversee the financier’s day-to-day operations including production finance and strategy, business development, legal and business affairs. It marks a return to Head Gear for the executive, having previously worked at the company as an investment manager from 2016-2018.

Negret began his career at investment bank Merrill Lynch, where he worked in mergers and acquisitions, before moving into film via a master’s degree from the National Film and Television School. At the NFTS, he produced Kasia Nalewajka’s animated short Pineapple Calamari in 2014, which competed at Toronto and was long-listed for an Oscar.

Head Gear provides finance for producers as well as executive producing and international distribution through sales companies including Hunt’s own Bankside Films.