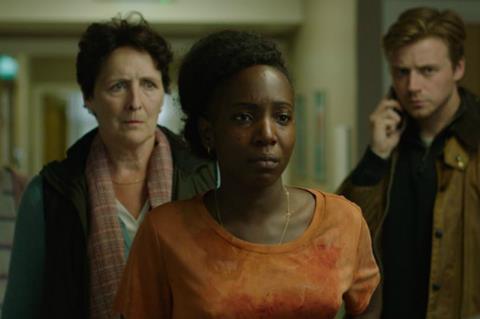 The festival has also added three out of competition debut films to the programme; the 18 titles in total include 10 world premieres, seven international, and one European.

World premieres include The Translator, from Syrian filmmakers Rana Kazkaz and Anas Khalaf. Set during the 2011 Syrian revolution, it follows a political refugee living in Australia who makes the journey back to his native country, having seen a video of his brother being arrested for demonstrating peacefully.

Also debuting is Nándor Lörincz and Bálint Nagy’s Hungarian drama As Far As I Know, following two soon-to-be-parents whose fractious relationship is tested further when one of them claims to have been raped.

Out of competition titles include the European premiere of Joe Marcantonio’s debut feature Kindred, produced by Scotland’s Reiver Pictures in association with England’s Serotonin Films, Head Gear Films, and Lipsync Productions. The thriller stars Fiona Shaw alongside Screen Stars of Tomorrow Jack Lowden, Edward Holcroft, Tamara Lawrance and Chloe Pirrie in the story of a fragile mother-to-be who is taken in by the family of her recently-deceased boyfriend.

UTA sold North American rights on Kindred – which was previously titled Corvidae – to IFC Midnight (the genre distribution arm of IFC Films) in July, with a release set for November 6.

The award for best film in competition and two special prizes will be given by a jury of industry professionals, to be announced later this month.

The full Black Nights programme will be unveiled on November 6.

Fortuna – The Girl And The Giants (It) dir. Nicolangelo Gelormini (international premiere)

Out of Competition titles