US Briefs: Effie Brown tells producers forum, ‘Nobody has the answers’

The producer of Dear White People (pictured) and In The Cut delivered words of encouragement in her keynote address at the Film Independent Forum in Los Angeles at the weekend. 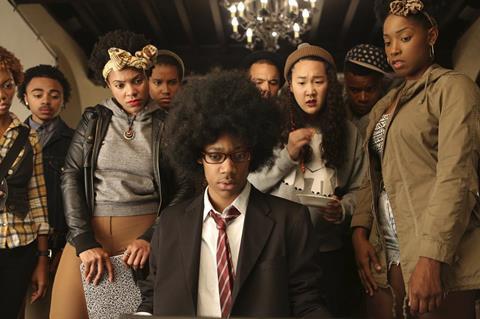 “I thought there was something wrong with me and I was having such a hard time making it,” said Brown on Sunday as she reflected on early efforts to break into the business. “I thought, ‘Am I a fraud?’ And then the big one – ‘Do I deserve this?’ That mental mind-fuck is exhausting. It kept me ‘apart from’, instead of ‘a part of.’”

Earlier in her address, Brown told attendees at the DGA Theater, “You have a story to tell that’s worthy. You have experience to share. You have a valid point of view and you should know this.”

The Forum opened on Friday with a screening of Loving followed by an on-stage discussion with director Jeff Nichols and leads Ruth Negga and Joel Edgerton. Mr. Robot creator Sam Esmail delivered a keynote on Saturday.