US in Progress Wroclaw names winners 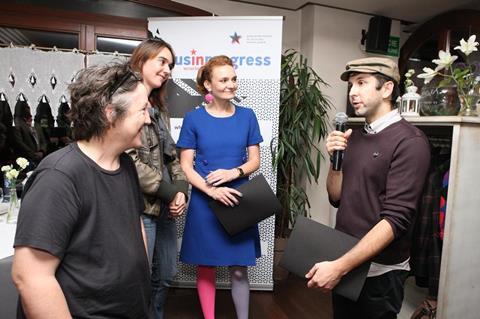 The third US in Progress Wrocław - a works-in-progress event targeted at US independent filmmakers and European buyers - has handed its main prizes to Sun Belt Express and Lake Los Angeles.

This year, six films selected from around 40 submissions competed for prizes consisting of post-production and promotional services worth $60,000.

Other awarded films were:

US in Progress Wrocław took place in the scope of the 4th American Film Festival in Wrocław, Poland (Oct 23-25).

US in Progress Wrocław, previously known as Gotham in Progress, was started in 2011 by the New Horizons Association and Black Rabbit Film.

Previous films presented at US in Progress Wrocław include I Used To Be Darker by Matt Porterfield, Hide Your Smiling Faces by Daniel Carbone, Bluebird by Lance Edmands, Jason Cortlund & Julia Halperin’s Now, Forager: a Film About Love and Fungi, and Amy Seimetz’s Sun Don’t Shine.