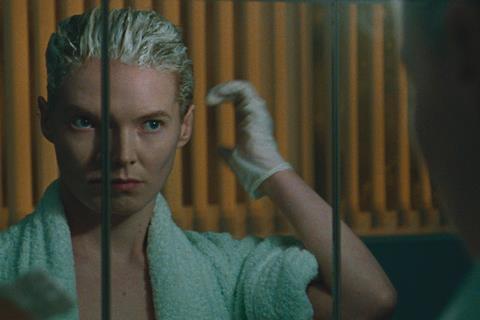 Further territories including Italy and Scandinavia are currently in negotiation; Film Constellation has previously secured deals with Magnolia Pictures for North America, and Altitude for UK-Ireland.

Blue Jean premiered in the Giornate deglie Autori sidebar at Venice, where it won the People’s Choice award.

Set in England in 1988 as the Conservative government is about to pass a new law stigmatising gay and lesbian people, the film stars 2022 Screen Star of Tomorrow Rosy McEwen as a PE teacher whose double life is put under pressure by the arrival of a new girl at her school.

It is produced by Helene Sifre for the UK’s Kleio Films, with backing from BBC Film and the BFI, in association with Great Point Media.

The film will have its UK premiere at the BFI London Film Festival next month, where it will compete for the Sutherland award for debut directorial feature.

Altitude is scheduling a Bafta-qualifying theatrical release for the film in early 2023.