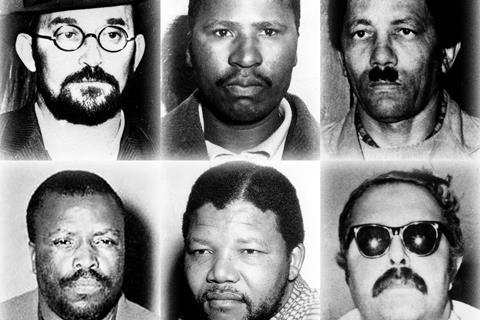 ‘The State Against Mandela And The Others’

Paris-based company Versatile has snapped up world sales rights for feature documentary The State Against Mandela And The Others, ahead of its Special Screening premiere in Cannes next month.

The documentary reconstructs the Rivonia Trial, which took place in the suburbs of the South African city of Johannesburg from October 1963 to June 1964 and resulted in anti-apartheid campaigner Nelson Mandela being imprisoned for 27 years and eight months.

But rather than focusing on Mandela, it puts the spotlight on the stories of the other people who stood in the dock alongside the world-famous activist, and, like him faced, the death penalty.

The hybrid work combines archive audio recordings with animated reconstructions and contemporary interviews with the surviving defendants and lawyers as they listen to the audio files some 50 years later, to build up a picture of the battle that took place in the courtroom.

“It’s very touching and very well done,” comments Versatile co-chief Pape Boye. “What appealed to me about the film was the way in which it pays tribute to these people who sacrificed everything for freedom.”

Co-directed by French filmmakers Nicolas Champeaux and Gilles Porte, its Cannes premiere coincides with the centenary in April 2018 of Mandela’s birth. Champeaux is also well-known as a radio journalist in France while Porte is also a respected cinematographer whose recent credits include The Royal Exchange and Xavier Gens’s upcoming buddy comedy Budapest.

The work is produced by Julie Gayet and Nadia Turincev’s Paris-based production company Rouge International and UFO Distribution which is planning a French release this autumn.

“On the centenary of the birth of Nelson Mandela, the selection of the film in Official Selection at Cannes is a fantastic way to recall the political engagement and battle waged by this man and his comrades in the struggle, for humanist values, which remains as relevant today as ever,” said UFO co-founding chief William Jéhannin. “We’re lucky to have Versatile accompany us as we attempt to spread the story of this trial throughout the world.”