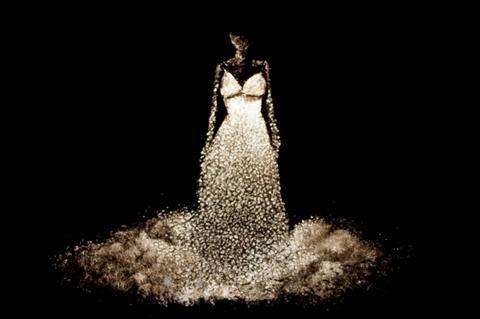 The online ceremony saw 17 prizes awarded to documentary projects from the US, Asia, Africa and Europe, which had been presented to buyers and potential partners during the industry event.

The Vanishing won the Visions Sud Est Award, which includes a cash prize of 10,000CHF ($11,000) and is given to the best project from Africa, Latin America, Asia or Eastern Europe (excluding EU members).

It marks the second feature by Thiaw, who won the Fipresci prize at the 2016 Berlinale with The Revolution Won’t Be Televised, and combines animation, archive and live action to recount the flamboyant life of the director’s mother, who went missing in 2012.

The Senegal-France co-production took part in VdR-Pitching, the platform’s co-production and financing forum that handed out further prizes.

The VdR-Pitching Award for most promising project, worth 5,000CHF ($5,500), went to Science Fiction by Argentinian filmmaker Ezequiel Yanco while the Party Film Sales Award went to King Coal by US filmmaker Elaine McMillion Sheldon. The upcoming feature by Sheldon, who was Oscar-nominated in 2018 with Netflix short Heroin(e), explores how coal is imbued in the identity of people in North America’s Appalachians.

The Lightdox Award, which bestows 3,000CHF on the project with the “highest international potential”, went to Blue Island by Hong Kong filmmaker Tze Woon Chan. The hybrid documentary centres on three people who look back on riots, revolution and protests in Hong Kong, which chimes with the recent unrest in the region.

The only title to receive two awards was Yoga Village by China’s Rongfei Guo, in which a former actor travels to a poor village and transforms it into a yoga tourist spot. It received the HEAD-Geneva Post-Production Award and the RTS Award, of which the latter includes a pre-buy of TV rights by Switzerland’s French-language public broadcaster.

In total, 29 projects participated across the VdR-Pitching, VdR-Work in Progress and VdR-Rough Cut Lab and were presented both online and physically in Nyon.

About Everything There Is To Know (Peru)
Dir: Sofía Velázquez
Pro: Carolina Denegri (Cultural Mercado Central)

Not Over Yet (Bra)
Dir: Monise Nicodemos