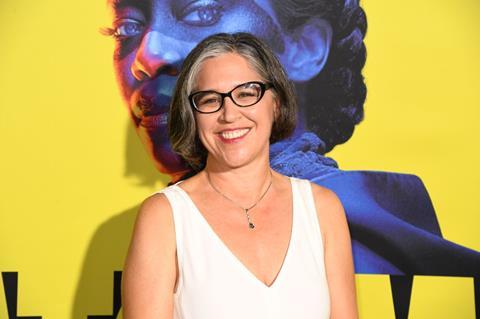 Nicole Kassell, riding high after her work on Emmys contender Watchmen, is teaming up with Participant to direct Silver Seas, a feature about the Pulitzer Prize-winning female reporters who exposed slavery in the southeast Asian fishing industry.

It is the same award won by The Boston Globe team in 2003 that inspired Participant’s Spotlight, which won the best picture Oscar in 2016.

In addition to Participant, Blye Faust and Nicole Rocklin – who were among the producers on Spotlight – will produce Silver Seas alongside Cori Shepherd Stern (Open Heart).

Anya Epstein (I Know This Much Is True, The Deuce, The Affair) has written the screenplay based on a previous draft by Dana Calvo (Good Girls Revolt).

Silver Seas marks Kassell’s third feature after her breakout with 2004 Sundance and Cannes Directors’ Fortnight selection The Woodsman. She followed that up with A Little Bit Of Heaven seven years later, and since then has focused on TV, directing episodes of Westworld, The Killing, The Leftovers, and The Americans.

She directed the pilot episode of Watchmen as well as episodes 2 and 8, for which she won the DGA award for dramatic series. She also served as executive producer on the fantasy series.