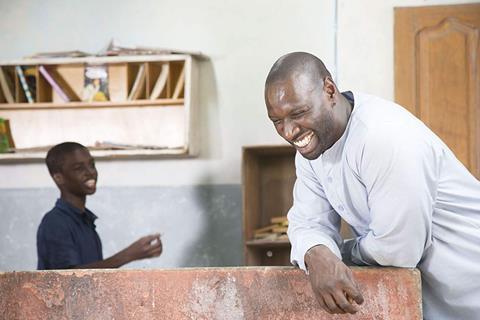 Wild Bunch has unveiled a slew of sales for Philippe Godeau’s Senegal-set, feel-good dramaYao, starring Omar Sy as a French-Senegalese writer who returns to his native country for a book tour, ahead of its market premiere during the Unifrance Rendez-vous with French Cinema in Paris this week.

Pathé Distribution will release the film in France on 250 screens on Jan 23.

Sy plays a renowned French-Senegalese writer who returns to his native country, where he connects with a young boy who has travelled 300km alone from his village to the capital of Dakar to meet his literary hero. The pair embark on an adventure-filled journey of self-discovery across Senegal as Seydou accompanies the boy back home.

It marks the first live-action, Africa-set role for popular French actor Omar Sy, who was born in the suburbs outside Paris to parents hailing from West Africa.

The company has also detailed deals on Pierre Godeau’s Jean-Jacques Sempé adaptation Raoul Taburin, starring Benoit Poelvoorde as a renowned bicycle dealer in a small town in the South of France desperate to hide the fact he cannot ride a bicycle without stabilisers.

Beyond Europe, it has also been picked up for Turkey (Filmarti), Middle East (Teleview), Colombia (Babilla), Japan (Cetera), South Korea (The Coup) and China (DDDream International). Skeye have taken airline rights. Altitude, which boarded the film at the development stage, has UK rights.

The film premiered at TIFF then played at San Sebastian, where it won the jury prize for best screenplay.

Ad Vitam released the film in France on Dec 26 and, as previously announced, Kino Lorber has acquired US rights.

The company will be based at Claude Lelouch’s Club 13, which is close to the official meeting’s new hub of the Hotel du Collectionneur.