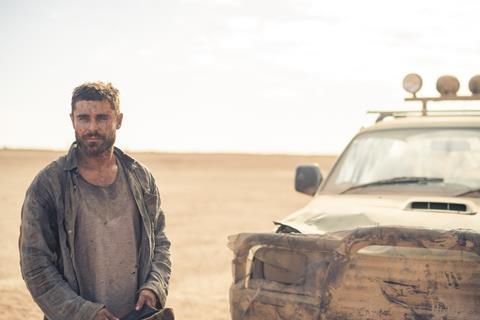 It follows a recent North America deal with Screen Media. Gold will be available in Australia on the streaming service Stan as a Stan Original Film after a theatrical release through Madman Entertainment.

UK-based Altitude said deals in the UK and France were imminent and first footage will be shown during the Cannes virtual market later this month. The company also said the film, now in post-production, is being lined up for a festival launch later this year.

Australian actor and director Hayes co-wrote the script with Polly Smyth and co-stars in the feature, whose small cast also includes Susie Porter.

Efron and Hayes play two strangers who stumble across the biggest gold nugget ever found when travelling through the desert and hatch a plan to protect and excavate their bounty. But when one leaves to secure the necessary equipment, the other begins to suspect he has been abandoned.

The film shot in the Flinders Ranges region of South Australia in November and December 2020.

The film will be Hayes’ second directorial feature, after 2008 drama Ten Empty. His acting credits include David Michôd’s Animal Kingdom and The Rover, and Derek Cianfrance’s The Light Between Oceans.