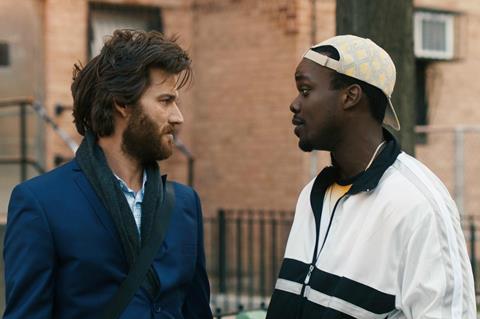 The Blue Fox team will launch sales in Berlin on the Atelier 44 production about a man who enlists the help of a journalist to find his missing daughter. Afton Williamson and Larry Pine round out the key cast and Vlad Feier directs.

“This movie has been such a personal and transformative experience in the effort of bringing light over the epidemic of missing children,” said the producers. “We wanted to use our voices and artistic platform to start a conversation by asking constructive questions about this issue. Creating a story that feels real, raw and human was our main goal, hoping to reach inside the hearts of the audience and build empathy and connection.”

Blue Fox’s James Huntsman added, “This is a very strong debut film from Vlad Feier with powerful performances from Johnny, Maurice, Zazie, Afton and the entire cast. We’re excited to work with the filmmakers to bring this story of loss, friendship and family to audiences around the world.”