The Oscar winner will produce and star in Andrew Lauren Productions’ subversive comedy based on Jac Schaeffer’s Black List screenplay. 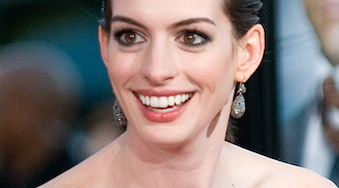 Adam Shulman, Lauren, Andrew Lauren Productions president of production DJ Gugenheim and Schaeffer will produce the story of women at a baby shower who must thwart an alien invasion.

The producers are out to filmmakers. Schaeffer’s debut film TiMER premiered at the 2009 Tribeca Film Festival.

Lauren produced The Spectacular Now and served as executive producer on The Squid And The Whale, among others.

Hathaway will next be seen opposite Robert De Niro in Warner Bros’ The Intern on September 25.