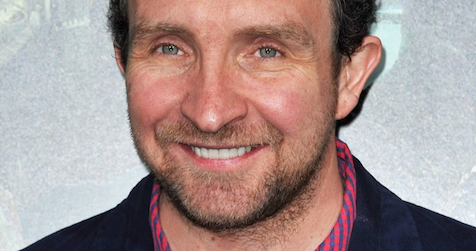 The iff 2016 Canadian producers and projects include: Robert Budreau (Ontario) of Lumanity Productions with political thriller In The Flames, and Media Goes Here’s Jeff Rogers and Tim Martin (Ontario) with horror project The Sandman, which Dario Argento wrote and will direct starring Iggy Pop.

Among the international participants are: Coded Pictures’ Karen Katz (UK) with the social drama Hammer ‘Til I Die, which marks Marsan’s (pictured) writing and directorial debut.

Also set to attend are: Marek Rozenbaum and Hagar Ben-Asher (Israel) of Transfax with The War Has Ended; Dusan Millic and Snezana Penev (Serbia) of This & That Productions with Nanook Of The Moon; and Mohamed Hefzy and Jennifer Peterson (Egypt) of Film Clinic with In The Land Of Wonder.

The UK’s Christopher Sheppard and Kurban Kassam of Adventure Pictures are producing Sally Potter project In The Beginning.

Since 2006, OMDC’s iff has helped to finance more than 70 feature projects and presented a total of 408 films including Denis Villeneuve’s Incendies, David Michôds Animal Kingdom and Haifaa Al-Mansour’s Wadjda.

Jan Nathanson is the producer on iff 2016 and Larisa Gutmanis is associate producer. Founding partners are Telefilm Canada and the UK’s Department of International Trade, while South Africa’s National Film and Video Foundation is a new partner.