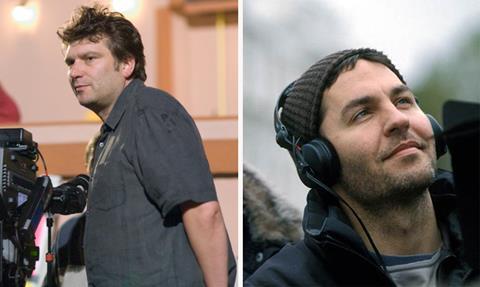 The Full Monty director Peter Cattaneo and The Best Exotic Marigold Hotel writer Ol Parker (both pictured) are teaming up on a feature adaptation of UK novel The Universe Versus Alex Woods.

Alison Owen and Debra Hayward’s UK film and TV outfit Monumental are producing the feature, which has been developed with BBC Films.

The team is currently in discussion with cast and is aiming for a summer shoot on the project, which could be Monumental’s first feature to go into production.

UK writer Gavin Extence’s debut novel, a poignant mystery-comedy, charts the story of a teenage science nerd who is hit by a meteorite, strikes up a friendship with a pot-smoking Vietnam veteran and who may or may not be involved in his death.

The novel was nominated for the National Book Award in 2013.

The film would mark Cattaneo’s film comeback after a ten year hiatus. In that time the filmmaker has directed every episode of hit BBC series Rev starring Tom Hollander and multiple episodes of BBC drama The A Word.

Parker wrote both instalments of hit Fox Searchlight comedy-drama The Best Exotic Marigold Hotel. He has also directed features including Now Is Good starring Dakota Fanning and Imagine Me And You with Lena Headey and Matthew Goode.