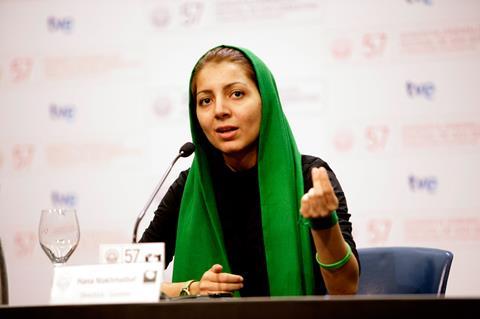 Projects from producer Alain Goldman and directors Hana Makhmalbaf and Sally Potter are among scripts being presented in Rome as part of the MIA’s New Cinema Network (NCN) and Make It With Italy co-production strands.

Mustang charts the story of an inmate serving an 11-year prison sentence who is given the chance to participate in an unusual therapy programme.

The Girl From The Wardrobe director Bodo Kox is in development on Polish outfit Alter Ego Pictures’ dystopian drama The Man With The Magic Box.

Meanwhile, as previously reported by Screen, Sally Potter is in development on The Party.

Among Make It With Italy scripts, director Hana Makhmalbaf, whose acclaimed titles include festival favourite Buddha Collapsed Out Of Shame, and who most recently edited her father Mohsen’s 2014 title The President, is currently in development on Italian-language feature Single Mother.

The Italian-UK project charts the struggles of a 22 year-old single mother in search of a job and love in contemporary Italy.

Also in the strand Aku Louhimies is set to direct Irish co-production Cycle from Samson Films and Valerio Mieli, director of Ten Winters In Venice, is on board to make French and English-language coming-of-age comedy drama Les Filles Du Temps, produced by Les Films D’Ici and Partner Media Investment.

Most projects in the NCN strand will compete for a €20,000 cash prize from Eurimages, while Italian producers in the two strands will also be eligible for a €30,000 award from the Italian government.